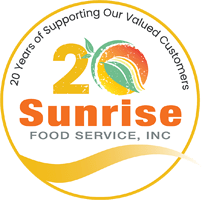 Guiding You Through the History of Baking

Baking has changed a lot over the years, but ingredients and staple goods used thousands of years ago are still prevalent today. Here’s an overview of the history of baking, from the beginning to modern times:

The first bread was baked nearly 30,000 years ago by mixing flour and water into a flat, round shape. The early bakers would cook the dough on a large stone over a fire.

Later, when it was discovered that fermented grains produce yeast, the baking industry changed, and being a baker turned into a respected, popular profession.

Baking in the Middle Ages

During the Middle Ages, baking became refined. This time period is when dried fruits and honey got added to produce sweeter bread, and dense, rich cakes were born.

By the 19th century, the modern cookbook was born, as recipes were developed and shared. Home ovens became more popular, and bakers began to set up bakeries and pastry shops.

The 20th century is when everything really changed with refrigeration and easy access to fresh ingredients. Increased wealth, education, and travel changed peoples’ attitudes towards food in general.

While the staple ingredients (water, flour, sugar, and yeast) remain the same today, baking has become an art form, and chefs around the world are always incorporating new ingredients into their creations.

Related: Improve Your Baking in 2021

Sunrise Food Service has all the quality ingredients you need for the best baked goods in town!